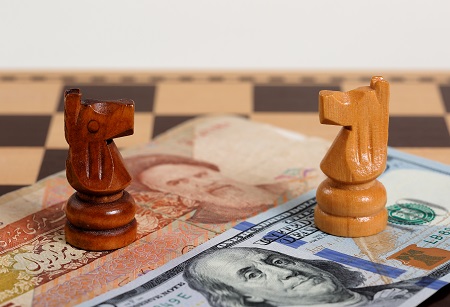 Since 1979 the United States and Iran have engaged in a war that has existed in the shadows. While there has not been direct military confrontation, each nation has engaged the other through the use of proxies, spies, cyberattacks, and economic sanctions. Secretary of Defense James Mattis has described Iran as the world’s biggest “state sponsor of terror.” If one explores the record of terrorist groups Iran has supported to include Hezbollah, then Secretary Mattis is correct. Indeed, the bombing of the Marine barracks in Beirut, Lebanon in 1983 represented the largest number of Marines killed in a single day since the battle of Iwo Jima. Thus, it is remarkable that nearly 35 years after the American embassy was taken hostage in Tehran, a milestone nuclear agreement would be negotiated with an Iranian regime that reserves the moniker “great Satan” for the United States. In the book Iran Wars: Spy Games, Bank Battles, and the Secret Deals that Reshaped the Middle East, Wall Street Journal reporter Jay Solomon explores the evolution of the conflict, the rise of Iran’s nuclear program, the U.S. attempts to sabotage it, the details of the nuclear agreement, and offers some perspective on the long-term implications. Although the book is short on covering hostilities throughout the 1980’s, Mr. Solomon digs into the conflicts that have defined the Middle East over the last 15 years with a wide range of knowledge and insight into how Iran has sought to shape events in the region.

One of the major themes of the book is the extent to which distrust pervades the fraught relationship between the U.S. and Iran. At times, there have been moments in which rapprochement seemed to be a possibility. But, these moments were fleeting in the face of historical animosity and skepticism of the other side’s intentions. For instance, Mr. Solomon mentions a period after 9/11 in which the U.S. and Iran seemed to have a common enemy in the Taliban in Afghanistan. Nevertheless, it wasn’t too long after the U.S. invaded Afghanistan that Iran was placed in “the axis of evil.” The extent to which the U.S. miscalculated how Iran might benefit from an invasion of Iraq is explored in the book. Mr. Solomon explains that there were neoconservatives within the Bush administration, who hoped overthrowing Saddam Hussein would lead to the establishment of a Shia government that could counter Iran’s influence. However, the exact opposite happened, and Iran was able to capitalize on post-invasion Iraq by expanding their reach inside the country. Mr. Solomon describes how the Iranian Revolutionary Guard Corps (IRGC) and the Quds Force are used to spread the revolution and help Iran achieve its strategic objectives not only within Iraq but also Syria, Lebanon, and Palestinian territories. The Iran Wars shows the extent to which U.S. planners continually underestimate the complexity of Middle Eastern events while overlooking the multitude of intentions and shapeshifting alliances that allow Iran to adapt to circumstances and consolidate power.

In spite of U.S. setbacks in the early 2000s and significant strategic missteps, there were successes that ultimately laid the groundwork for driving the Iranians to negotiate. The best chapter of Mr. Solomon’s book contains an in-depth look at the nature of America’s financial war against Iran. This chapter’s major lesson was the extent to which America was able to use an “irregular” form of warfare to achieve its policy aims. Mr. Solomon chronicles several notable individuals to include Stuart Levy, undersecretary of treasury for terrorism and financial intelligence from 2004-2011, along with Robert Morganthau, New York County district attorney from 1975-2009. These individuals sought to use their power to completely shut Iran out of the global banking systems. America’s ability to systematically isolate Iran economically led to the collapse of the rial by as much as 40% in a single trading day. Industries throughout Iran were shuttered. Oil exports dropped significantly as Iran was cut out of European and Asian markets and left in a state of financial desperation. The book emphasizes how complicated this process was, and is instructive on the difficulty of enforcing sanctions to achieve their full effect.

With Iran on the brink of financial ruin, Mr. Solomon turns his focus to the Obama administration and the extent to which they pursued the nuclear agreement. The Obama doctrine stood in stark contrast to that of Obama’s predecessor George W. Bush who took a harder line against Iran. But, even as President Obama was seeking to reach out to Tehran and work toward better relations, there were many events within Iran and the Middle East that presented hurdles to this delicate process. The first of these was Iran’s “Green Movement” in which hard line Iranian President Mahmoud Ahmadinejad was re-elected under widespread controversy and claims of corruption. As Iranian protestors took to the streets, President Obama faced the dilemma of supporting the protests and inflaming tensions with the current Iranian regime or backing down and allowing events to play out without U.S. influence. The latter course of action was taken. This would foreshadow decisions that occurred several years later during the Arab Spring and subsequent Syrian Civil War. Mr. Solomon suggests that in an effort to prevent any possible derailment of the nuclear agreement, the Obama administration decided not to enforce established “red lines” that might hinder progress toward a nuclear agreement. This was based on the calculation that Iran as a major backer of Syrian dictator Bashar al-Assad would withdraw from talks if any military action was taken against Assad’s regime.

With the deal itself, Mr. Solomon provides an impressive amount of insight. The book loosely argues that the Obama administration wanted desperately to achieve an agreement and was willing to offer concessions along the way to make it happen. This occurred often to the ire of French leaders, who believed the U.S. was giving too much ground and not exerting the leverage that they held due to sanctions. Mr. Solomon seems sympathetic to this viewpoint, yet he does not report the facts in a partisan or ideological manner. In the end, he is balanced in his reporting by suggesting that the Obama administration and Secretary of State John Kerry truly believed that the nuclear agreement helped prevent a war between Iran and Israel.

The Iran Wars not only does a fantastic job covering the development of the 2015 nuclear agreement and the terms of it, but the book is also remarkable for its ability to present the complexity of Middle Eastern events and relationships. In this regard, President Obama’s personal letter to Ayatollah Khamenei to work with Iran to battle ISIS signifies how nuanced the fault lines of Middle Eastern affairs truly are. However, if there is one major point to be taken away from the book, it is the extent to which Iran had the patience and knowledge of the U.S. political system to use it against itself. Mr. Obama has left office, yet Ayatollah Khamenei remains and the spirit of the Iranian revolution still pervades Iran’s most formidable state institutions to include the IRGC. President Obama’s signature foreign policy agreement had a timeline associated with it, but even as a new U.S. administration ponders re-negotiating the terms, one can see how precarious the agreement truly is. U.S. diplomats negotiated with Iranians who spoke English and were educated in the U.S. Their knowledge of America’s political system should have been obvious. For the leaders of the Islamic Republic of Iran that have faced Democrat and Republican administrations for the past 35 years, changing presidential administrations is nothing new. They can wait, outlast, and quietly continue to spread their power and influence.