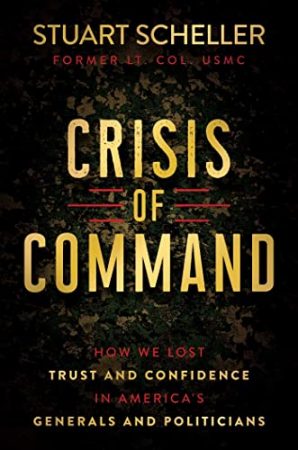 In the summer of 2021, U.S. forces withdrew from Afghanistan. The withdrawal was poorly planned and hastily executed. The Taliban took over the entire country and surrounded Kabul airport. As Marines scrambled to secure the airport, a suicide attack caused the tragic deaths of 13 U.S. servicemembers. Frustrated by these events, Stuart Scheller felt compelled to speak out.

Scheller made a public video that criticized military leadership. Shortly after releasing the video, he was fired from his job as a battalion commander. He then publicly resigned from the Marine Corps and continued to be critical of both the military and Marine Corps leadership. As a result, he was placed in the brig and court-martialed before leaving the Marine Corps in December 2021. The public nature of his call for accountability stirred a lot of controversy. In the interview, we speak about Scheller’s insistence on accountability.

Topics of the Interview include:

Check out the videos: Stuart Scheller’s first video, second video (from the bus), and third video

Check out his book: Crisis of Command: How We Lost Trust and Confidence in America’s Generals and Politicians

Check out my recent article on accountability at The American Mind. Also, my book review of Angelo Codevilla’s book, America’s Rise and Fall among Nations.

If you like the interview and want to hear others, subscribe in iTunes, Spotify, or Audible. Support the show with written reviews, share on social media, and through word of mouth. Check out the website: www.professionalmilitaryeducation.com

To request additional shows or guests, e-mail me: tim@professionalmilitaryeducation.com