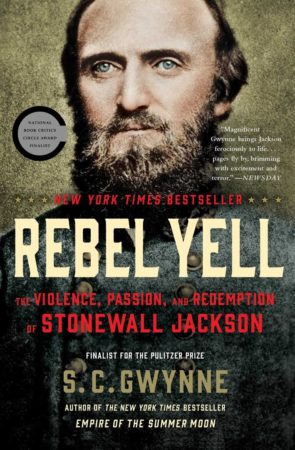 In Episode 4 of the Professional Military Education (PME) podcast, I interviewed historian, S.C. Gwynne, on his book Rebel Yell: The Violence, Passion, and Redemption of Stonewall Jackson. There are some incredible historical lessons in this book. For military scholars, General Stonewall Jackson has an enduring legacy. There is a mythology about the man that has captivated people since Jackson’s era. Indeed, he was the celebrity of his time, and his fame reached across America to the salons of London and Paris where people compared his military adventures to Napoleon Bonaparte. Mr. Gwynne discusses how this came to be.

I took away two major lessons from studying Jackson. First, a military professional must have a robust library and maintain a well-rounded course of study. Jackson studied art, literature, and taught himself Spanish. He was a fantastic student and climbed toward the top of his class at West Point despite his poor educational upbringing in western Virginia. Second, maneuver warfare is about getting a military unit to the right place at the right time with the right gear and personnel. Jackson’s ability to maneuver on his enemy occurred through a brilliant combination of sheer will power, leadership, and an excellent system of organization. He pushed his men hard and was relentless. He also used great intelligence, which his staff gathered. With this intelligence, Jackson possessed the boldness to act on it. He took calculated risks, which paid off when his enemy was hesitant. Overall, I highly recommend the book, and the discussion I had with Mr. Gwynne is a great way to get into the subject matter.

Also, check out Civil War Trust to get more information and see some cool interactive maps that will help you follow along with the information we discuss.