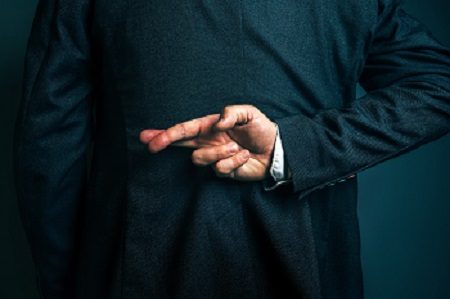 My guest is Dr. Leonard Wong, a research professor at the U.S. Army War College’s Strategic Studies Institute. In February 2015, he co-authored a paper with Stephen Gerras called “Lying to Ourselves: Dishonesty in the Army Profession.” The interview explores how a culture of “ethical laziness” has spread throughout military branches like the U.S. Army. The essential question is whether the Army “system” has eroded virtues like integrity. Dr. Wong argues that through “overtasking” i.e. too many training requirements, military leaders will consciously report false or misleading information.

But, is this malicious? Is it a new phenomenon? What can military leaders do now to recover the core values that make the profession of arms so widely respected? This conversation will stir a lot of passionate debates and emotions, but that is a good thing. Dr. Wong takes on a difficult topic, and it will only challenge military leaders to think and improve their profession.

What has been created?

In his research of the U.S. Army, Dr. Wong tallied up 297 days of mandatory training. However, there were only 256 days of available training. He reported this in a study called, “Stifling Innovation.”

While tobacco cessation training is typically done on a web based program, most people quickly click through the training modules to get it done. The goal is to report compliance. This strips away the seriousness of the actual objective i.e. reducing tobacco use and promoting a healthier lifestyle. Thus, the training becomes comical and is treated as a “check in the box.”

Dr. Wong’s central argument is that these types of requirements are having a damaging effect on the ethical integrity of the military. While the training may be a positive initiative (tobacco use is not a healthy habit), it is not perceived that way at lower levels. Instead it is perceived as an obstacle to be overcome.

How did it get to this point?

Trust is crucial. It is vital to the effectiveness of any organization. Leaders must trust each other and trust the people they lead. But, if there is a lack of trust in leadership than a mandatory training requirement might be created to replace it. The message is, “We don’t trust you to look after the welfare of your troops so now we are going to make you do it by imposing XYZ training.”

What is the effect?

Typically, lower level unit leaders roll their eyes and figure out the quickest way to expedite the training. As Dr. Wong suggests this is where the ethical erosion begins to take place. So when a lower level leader “checks the box” to report compliance, it is rarely seen as morally suspect. When the answer is we are “good to go”, this is what higher up leaders want to hear. This is the essence of “lying to ourselves.” Dr. Wong argues that higher ups often understand that “good to go” may be satisfying the mandates of the system. In many cases, those same leaders have been brought up in the system and understand that the reporting may be exaggerated if not blatantly false.

A system of distrust can also be self-perpetuating. It becomes a vicious cycle. If a leader can’t accomplish all of the priority training requirements, then their higher ups may lose trust in them. Instead of relaxing the training requirements, it is likely they could impose more. Too often when there are leadership failures the response is often to apply new mechanisms and requirements to ensure that the failures don’t happen again. This is where leadership gets replaced with checklists. The system continues to become more robust. As it becomes more robust, it diminishes the importance of real leadership.

Why have checklists replaced leadership? Dr. Wong claims leaders are imperfect. Leadership is a messy business. Its a people business, and people are imperfect. Not all leaders are created equal. But, systems and checklists “appear perfect.” Its this appearance of perfection that gives a sense of relief that lower level unit leaders are doing what they are supposed to be doing. It’s part of the “green light” mentality. Checklists can also be a way of “covering one’s ass.” For example, if some personnel are caught hazing, a leader can say, “Look, they received the hazing brief.” This leader can then point to a roster with signatures. Is that really leadership? Dr. Wong’s argument is no. It’s a system that has diminished leadership.

On the appearance of perfection, I raise the idea of appearing to look good instead of being good. This makes sense. The military has drills and elaborate ceremonies. Its members sport sharp short haircuts, and wear nicely pressed uniforms. Appearance does matter. At the same time, there is a culture of competition and not wanting to look bad. As a result, leaders may not be truthful if they are trying to present an image of readiness and compliance rather than being honest about their readiness status. This can have negative effects. In certain cases, people have lost their jobs trying to keep up appearances.

Are we simply feeding “the system” what it wants?

What does it look like to “feed the beast”? How does lying to the system work? One example is Marines having to fill out Holiday Accident Reduction Program (HARP) forms before they go on leave and extended liberty. These forms are extremely detailed and take a lot of time to complete in their entirety. So the typical form gets filled out without a lot of thought or effort. However, the rationalization is that this is fine because the goal is to get the Marines on liberty. It is essentially “lying” under the guise of troop welfare.

Therefore, the irony is that a tool designed for troop welfare (e.g. HARP forms) is seen as an impediment to troop welfare. The HARP form does’t serve its intended purpose. Also, troops at the lowest levels know that their leadership does not fill out HARP forms. Therefore, they recognize it as a simple check in the box. Get it done i.e. “feed the system” then get the troops on liberty i.e. look out for troop morale.

We don’t want to discuss problems without solutions. Dr. Wong offers a few of his own. Despite some resistance to his paper, he has noted changes since it was published. A lot of ethical leadership seminars now include his paper as a reference. Many officers and senior enlisted leaders have discussed the issues raised in it too. Also, Dr. Wong has delivered talks based on his research. Whatever people may think of the paper, it is making an impact. Here are some of the solutions he has proposed.

Admit there is a problem

Too often leaders struggle to prioritize training. If everything is a priority than nothing is a priority. Additionally, at each level, leaders believe that what they are mandating is mission critical. It is important to be conscious of how a leaders actions might be perceived at lower levels. Leaders must prioritize and plan to mitigate these issues.

We did talk about the changeover in leadership that happens frequently in the military. For example, when units return from deployments, there are extensive leadership changes. As new leaders come in, they are ready to step on the gas and train full speed. At the same time, when returning from deployment, there are a lot of post-deployment training requirements and administrative actions that must take place. Thus, there is often a confluence of priorities as the new leadership steps in eager to train, but is often less concerned with the post-deployment training.

Dr. Wong says this example works because his superiors were transparent about the reporting. They were honest in explaining that they were saying “mission critical” only to get their people to the conference. They were straightforward about their use of words to satisfy the mandate. Eventually, the “mission critical” requirement was dropped. Perhaps the transparency and truthfulness affected this type of change. Dr. Wong suggests that this is part of the model for leading truthfully and fighting back against ethical erosion.

This paper has struck some nerves. But, it contains detailed research and thoughtful analysis. With full earnestness, Dr. Wong is trying to address some challenges within the military. Since the military prides itself as a learning organization, it is not unreasonable to expect Dr. Wong’s paper to continue to enhance positive leadership and promote values of honor and integrity. The military remains one of the most trusted if not the most trusted institution in America. The goal is to keep it that way by being honest with ourselves.

Feel free to reach out to Dr. Wong via e-mail: leonard.wong.civ@mail.mil

Also, check out his page at the U.S. Army War College.

Be sure to read his paper, Lying to Ourselves: Dishonesty in the Army Profession