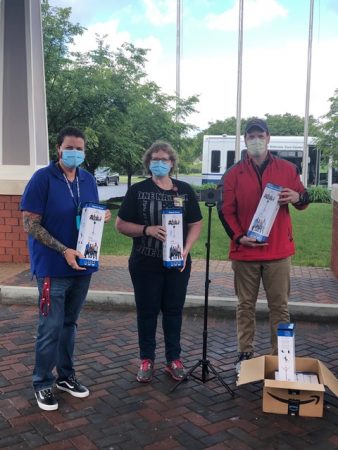 Memorial Day is a time once a year when we make a deliberate effort to pause and reflect on the sacrifices made by our nation’s Veterans. We salute those who paid the ultimate sacrifice.

Our lives and the freedom we enjoy would not be possible without their dedication and willingness to die for others.

When I decided to serve, people asked me, “Why?” There were many things that I could have done with a college degree. I could have gone into any profession. But, several quotes kept playing in my head.

First, there was a quote from President Ronald Reagan, who said, “Some people live their whole lives wondering if they made a difference, Marines never have that problem.”

As corny as it sounds, there was an element of truth to me. I have heard many stories from people who “would have joined” or “could not” join for one reason or another. They were always close to joining or they always had something else going on. That was not going to be me. I wanted to be the guy to say proudly, “I served my country in uniform.”

The next quote was one from the Bible. Specifically, when Jesus speaks to his disciples and says, “Greater love hath no man than to lay down his life for his friends.”

That quote was powerful because I was deciding to join during a time of war. Servicemen and women were going to Iraq and Afghanistan. Many did not make it back alive. These heroes laid down their life for their country. Everyone who serves has to ask if they are willing to do the same. The answer for me was “yes.”

I am still in the Marine Reserves to this day. There is a chance I could be called up again. If our nation is in a full-scale war then I will probably fight in combat since my primary MOS is infantry. I know that I would still be willing to lay down my life for this great country.

This is why Memorial Day is so important. When we stop paying honor to those who died for this country, than it makes it less likely that others will do the same. If there is no honor in one’s sacrifice, than how can we expect others to feel motivated to serve and be willing to die in the future?

Now, there will be some who serve for sure. But, the bar is extremely low for people on Memorial Day to simply take a moment and thank Veterans for their service, to listen to their stories, and tell them that we honor you and the sacrifice you are willing to make.

With that said, I had the privilege of helping at a Virginia Veterans Care Center in Richmond, VA. With the resources of my company (a service-disabled veteran owned business), we purchased eight iPad stands at the request of the staff. One of the staff members said that with the iPad stands, the Veteran residents would be able to Skype, Zoom or FaceTime with their loved ones for long periods of time. Meanwhile, the staff would not have to hold the iPads, but could instead take care of other Veterans and attend to other needs.

I was excited and proud to make this contribution. It is a small gift. But, my hope is that it will inspire other people to do the same. Many small acts toward our Veterans makes a big difference. It is a great way to say, “Thank you.” It is a great way to honor those who served and to celebrate Memorial Day.