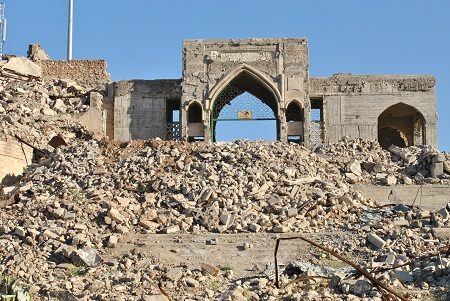 Earlier this week, Iraq claimed victory over ISIS in Mosul. Iraqi forces launched the assault in October 2016. Nearly eight months later, Prime Minister Haider al-Abadi declared Mosul liberated from ISIS. His speech came three years after ISIS seized Mosul and nearly one third of Iraq’s territory. On Twitter, Prime Minister Abadi announced the challenges of reconstruction while praising his troops for their bravery and hard work. Iraq should be proud of their victory on the battlefield. But, now the hard work begins.

It is a mistake to think that wars end on the battlefield. They don’t. If Iraq and its coalition partners fail to translate tactical success into strategic victory, more people will die at the hands of ISIS. Indeed, ISIS will return in force.

The difficulty for Iraq is that there are numerous players involved in the coalition against ISIS. When the fighting ends, these groups will have a divergence of political and strategic interests.

Kurdish forces have done significant amounts of work in the coalition. They have been amongst the strongest and most capable fighters. However, Turkey regards the Kurds as a threat. Turkey is a NATO member. But, in their opposition to the Kurds, they have been complicit in facilitating ISIS operations. This presents many complications for the U.S. and Iraq.

Furthermore, Iraq is a mostly Shiite country. Shia militias backed by Iranian Quds forces were able to play a major role in the fight against ISIS. However, the U.S. is wary of Iran’s influence. Furthermore, there will have to be reconciliation with Sunni Arabs. In this area, religious divisions create another set of difficulties. Sunni tribes welcomed ISIS in 2014 as they feared the repression from the Iraqi Shiite government, which was then run by Prime Minister Nouri al-Malaki.

All of these ethnic divergences complicate political reconstruction. Additionally, ISIS will remain in Iraqi cities and shift to counterinsurgent tactics. As the Iraqi government seeks to rebuild cities, ISIS will try to launch terrorist attacks in Baghdad and other Shiite cities. The goal will be to draw Iraqi security forces out of Sunni cities. This was a tactic developed during the Iraq war when Al-Qaeda in Iraq (AQI) existed under Zarqawi. It is known as the “belts strategy.”

What’s Next for Mosul?

The city of Mosul is in ruins. There are thousands of internally displaced persons (IDPs) otherwise known as refugees. Rebuilding Mosul will be a major challenge as the destruction of Mosul’s homes and infrastructure has been significant. The first priority has to be stability of the city and region. With improved security and restoration of basic services, the goal is then improvement of economic conditions. Next, long-term political institutions will need to reflect the concerns of Sunni tribes. The U.S. will have to play a role in this process if it wishes to see Iraq stabilized.

The rise of ISIS in Iraq occurred due to a confluence of circumstances such as the Syrian Civil War and the Sunni tribes that welcomed ISIS as Sunni protectors. As Joby Warrick explained in his book Black Flags, these tribes turned on AQI when the U.S. launched its surge strategy in 2007. But, when the U.S. withdrew forces from Iraq in 2011, conditions changed. Political winds shifted, and ISIS was able to capitalize on popular support from Sunni people. Thus, despite the U.S. success in counterinsurgency nearly ten years ago, strategic decisions negatively affected its ability to maintain long-term security. That will have to change. In my interview with Mr. Warrick, we discussed the rise of ISIS in detail.

As mentioned, ISIS tactics will change. Although their loss of physical territory is a blow, their ideology continues to persist and influence many people. They will look for different ways to exploit areas of instability where Sunni Muslims live. In an al-Qaeda playbook called The Management of Savagery published in 2004, al-Qaeda defined this strategy. The goal is to expand their influence, build cells, and provide security in destabilized areas from the Maghreb to southeast Asia.

Additionally, ISIS inspired supporters, who operate on the fringes of the organization, are still a threat. The potential for individual acts of violence is strong. Moreover, ISIS fighters from Iraq and Syria will likely regroup and use their training and experience to carry out attacks potentially in Europe and the United States.

Meanwhile, al-Qaeda has consolidated their own base of support in Syria. They continue to maintain a long-term vision of striking the “far” enemy i.e. the United States.

Victory in Mosul is positive. It is an outstanding development. But, it is a tactical victory. There is a lot of work that remains to turn tactical success into strategic victory. For a more in depth discussion on “How Wars End”, check out the interview I did with Gideon Rose. Mr. Rose discusses the topic of how wars end based on his book of the same name.