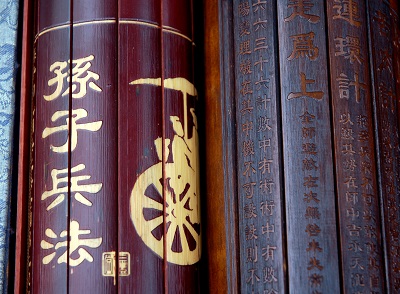 In anticipation of my upcoming interview with Sir Lawrence Freedman on his book, Strategy: A History, I am providing some helpful resources to think about strategy. For more information on an overview of the book, check out the currently reading post I wrote when I first started reading the book several weeks ago. Prior to the section of the book called “Strategies of Force,” there is a section on the origins of strategy. There are some interesting subjects related to the Bible notably the story of David vs. Goliath as well as Greek mythology in the story of the Trojan horse, and the Greeks conquering of the city of Troy. However, I want to focus on a few specific individuals who I think have contributed significantly to modern strategic thinking. These individuals are profiled in the book. 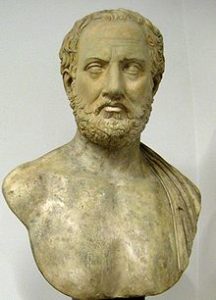 Thucydides was one of the first military historians. He lived from 460- 395 BCE, and twenty years of his life was spent in exile. During this time, he honed his craft as a historian, and put his thoughts on paper writing what became the definitive work on the Peloponnesian War. The History of the Peloponnesian War is a classic work in military history and strategy. This war was fought between the Spartan-led Peloponnesian League and the Athenian Empire, which was called the Delian League from 431 to 404 BCE. In the first episode of the PME podcast, I spoke with Gideon Rose about his book How Wars End: Why We Always Fight the Last Battle. He provided a list of his top five books for thinking about foreign policy. Thucydides History of the Peloponnesian War is at the top of his list. Mr. Rose says the following about Thucydides:

In his book, Strategy: A History, Sir Lawrence Freedman mentions that Thucydides is often considered one of the “founders of realism.” One of the most famous quotes on realism comes from the Melian Dialogue, where the Athenians counter the Melians with the claim that “the strong do what they can while the weak must suffer what they must.” This was as the Melians pled with the Athenians not to conquer them rather to respect their neutrality. The idea of “might makes right” comes from the realist school of thought. It is interesting because Thucydides is unique as a theorist who did not try to interpret events from an ideological perspective. He sought to be as objective as possible in his history. He wanted to show war and human nature as it was in reality rather than how he wished it to be in theory. Sir Lawrence Freedman explains that Thucydides’ “narrative illuminated some of the central themes of all strategy: the limits imposed by the circumstances of the time, the importance of coalitions as a source of strength but also instability, the challenge of coping with internal opponents and external pressures simultaneously, the difficulties of strategies that are defensive and patient in the face of demands for quick and decisive offensives, the impact of the unexpected, and- perhaps most importantly- the role of language as strategic instrument” (Freedman 30).

On the role of language, one of the greatest speeches to be recorded in the History of the Peloponnesian War was Pericles funeral oration.  This speech has become distinctive for its praise of the Athenians willingness to fight and die for democratic society. Pericles champions the nobility of their sacrifice in his speech. Echoes of Pericles speech can be heard in many other historical orations such as Abraham Lincoln’s Gettysburg Address.

If you’ve heard the quote, “All Warfare is based on deception,” then you are at least vaguely familiar with Sun Tzu. Sun Tzu wrote a book entitled The Art of War. This book holds a special place in strategic thinking not only for the military strategists but also business “strategists.” Don’t believe me? Watch Bud Fox impress his boss, Gordon Gecko, in this scene from Wall Street (1987). Of course, this was after Gordon Gecko told Bud Fox to read The Art of War. Gordon Gecko also said, “If you want a friend, get a dog,” but I don’t think Mr. Gecko got that quote from Sun Tzu.

There is not a lot of information on Sun Tzu as an individual. He developed his theories sometime around 500 BCE during the Chinese “Warring States” period. As the quote on deception implies, Sun Tzu suggested that all strategy is based on the ability to confuse the enemy and not reveal one’s own strengths and weaknesses. He has also said that it is best to “subdue the enemy without fighting” (Freedman 44). My appreciation for Sun Tzu comes from his contribution to the theory of maneuver warfare. Sun Tzu recognized the need for strategic patience. He understood that it was important to set the conditions for an army to be successful on the battlefield. This means not being too impulsive or hasty rather striking from a position of advantage. In terms of maneuver warfare, this suggests sourcing the right assets to the right people at the right time in accomplishment of a clearly defined objective.

Sir Lawrence Freedman also highlights that Sun Tzu viewed war as a “contract.” He explains that Sun Tzu saw “battle as a ‘chance of arms,’ a form of consensual violence out of which would emerge a victor” (49). In many ways, this view anticipated the ideas of Carl Von Clausewitz whose own theories would view war in contractual terms namely as a means of resolving policy disputes between two powers who could not resolve disputes through peaceful diplomatic means. 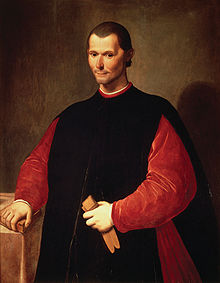 If you’ve heard the term “Machiavellian,” it has probably been used as a way of describing someone that is willing to backstab or act in a deceptive manner to get what they want. From the work of Niccolo Machiavelli, who wrote The Prince, we get the mantra that “the ends justifies the means.” This suggests a willingness to win and succeed at all costs. This could mean lying, cheating, or stealing to get what one wants. Sounds pretty brutal, right? Well, the Florentine political scientist, Mr. Machiavelli, should actually be given more credit for his contribution to strategy. He did not advise cruelty for cruelties sake. His conception of human nature is bleak, and he definitely sees men as cunning and deceptive. However, as Freedman writes, “At some point the appearance of virtue could not be wholly detached from practice. Machiavelli understood that to hold on to power, it was necessary to reduce the reliance on harsh, cruel methods and to behave in moderate, graceful ways” (Freedman 53). So even though Machiavelli is understood to have laid the foundation for a ruthless means of achieving and maintaining power, we see a lot of the same strands of thought as existed with Thucydides. Machiavelli is writing about human nature as he sees it. In warring societies, it is easy to see human nature as fundamentally cruel and indifferent i.e. the politics of realism as discussed with Thucydides. “The strong do what they can while the weak suffer what they must.”

But, Freedman concludes that Machiavelli was more “balanced” in his thought meaning that he saw the good strategist as someone who could go “beyond false impressions and harsh punishments,” and instead could govern based on “real accomplishments and general respect” (Freedman 53).

Conclusion: People have devoted hundreds of pages in dissection of the thoughts of the strategists that I have mentioned. Sir Lawrence Freedman talks about them in his section on the “origins of strategy.” I wanted to highlight their contributions to strategic thinking, and hopefully get people interested in studying them more closely in detail. Of the three listed above, Thucydides is the strategist that I most closely study. Although, Sun Tzu is a close second. I do appreciate the ideas of Machiavelli and think about his assertion that a leader cannot be both “loved and feared” and in choosing between the two, it is far better to be “feared” than to be “loved.” Powerful stuff.

How Wars End: Why We Always Fight the Last Battle