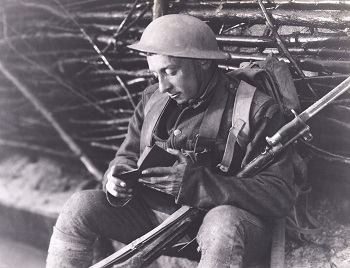 On the Importance of Military Education

What is a military education? Why should we care about it? I discuss this topic with Dr. Victor Davis Hanson. He is the author and editor of 24 books and a senior fellow at Stanford Universities’ Hoover Institute.

A descendant of Swedish immigrants, Dr. Hanson lives on a farm in California where he also grew up. His father was a veteran. His uncle was a veteran and was killed in the Battle of Okinawa. As a result, Dr. Hanson had a lot of military influence from his family. Furthermore, his journey into military education began with his classical language studies. Through his doctoral thesis, he focused on the Spartan agricultural devastation of Attica.

As he studied classics, he found that military history had the most appeal to him. He believes that the approach to studying war should be like an oncologist studying a tumor. Dr. Hanson says, “Whether we like it or not, the central issue in our life is whether we are going to have a war.” Therefore, studying military history can be approached as an attempt to prevent it.

The great event in people’s lives is war whether you like it or not.

Who were some of the great military historians?

War is worth studying to understand human nature. Thucydides book on the Peloponnesian War dives into the emotions and human dynamics of war. He does this in many monumental sections such as the Melian Dialogue. The Melian Dialogue helped frame what we call “realpolitik” or the politics of reality. It also includes Pericles famous funeral oration.

The strong do as they wish and the weak suffer as they must.

The Landmark Thucydides: A Comprehensive Guide to the Peloponnesian War

Dr. Hanson recalled Epaminondas. Known as “the first man of Greece”, he led a huge army against the Spartans. Epaminondas studied the Peloponnesian War and learned from the failures of the Athenians. He is known for staging a coup. After the coup, he decided to liberate the Messinian Helots. These were the serfs that produced food for the Spartans. His army went into Laconia, which had never been done. He then proceeded to free Messenia. This spelled the beginning of the end of Sparta. Unfortunately, Dr. Hanson explains that there is not a lot of good information available on Epaminondas.

A few of the recommended biographies include the memoirs of Generals William T. Sherman and Ulysses S. Grant. During the Civil War, General Sherman is famous for impacting the hearts and minds of southerners. He wanted to make the south “howl.” In essence, his goal was to split the south in two and wage an economic war against the plantation class. Dr. Hanson says that Sherman’s memoirs are his favorite. Sherman waged “total war” which was economic, social, and military.

Dr. Hanson  makes a comment that great generals are like great novelists in that they have flashes of insanity and are somewhat bipolar. He also recommends reading General Patton. Patton wrote a memoir called War As I Knew It. In the memoir, Patton talks about the “unforgiving minute” and how great leaders should not be “captive by fear.”

On the Origins of War: And the Preservation of Peace
Grant and Sherman: Civil War Memoirs (2 Volumes)

The Causes of War

Geoffrey Blainey wrote a book called The Causes of War. In talking about Blainey’s book, Dr. Hanson explains that war breaks out when the clarity is lost. This means that one side believes that they have a decisive advantage over the other. More importantly, one side believes that the other side will not respond to some aggressive action. For example, Hitler did not think that Britain and France would be willing to fight back after the Nazi invasion of Poland on September 1, 1939.

War is not an accident. One side will go to war when they believe they have an advantage. It is important to understand the causes of war. In doing so, we can also understand how to prevent it.

We discuss present challenges in the military. Dr. Hanson fears that the military has been politicized in ways that detract from the focus on military readiness. He advocates for retired generals and officers to not be as political as we have witnessed. However, he mentions this is a problem that extends back to General MacArthur.

I did a podcast interview with Dr. Kori Schake that touched on the topic of politics and the military. She wrote a book with General Mattis that explored civilian-military relations. Due to the fact that the military enjoys high public support, there is an inescapable allure from both Democrats and Republicans to use the military for political gain.

The Dismal State of American Education

Dr. Hanson reflects on the dismal state of American education. He says that it is “dismal” because history is not taught the way that it used to be. Also, military history is neglected. Students are trained to be ideologues and not good American citizens. Civics is not adequately taught. His theory is that “self-esteem” training has replaced quality education.

I reference a book called The Closing of the American Mind by Allan Bloom. This book is dense. But, it describes the way in which postmodern thinking has crippled American higher education. As a result, American democracy has been harmed too. We see this in the “cancel culture” movement. Cancel culture can be traced to the way in which today’s students are poorly educated. It also reflects the way in which Marxism has poisoned our education system. Dr. Hanson speaks about this in his reference to the current obsession with “equity.”

A War Like No Other: How the Athenians and Spartans Fought the Peloponnesian War

The Western Way of War: Infantry Battle in Classical Greece

Carnage and Culture Landmark Battles in the Rise to Western Power

Future Book:
The Dying Citizen: How Progressive Elites, Tribalism, and Globalization Are Destroying the Idea of America

This site uses Akismet to reduce spam. Learn how your comment data is processed.