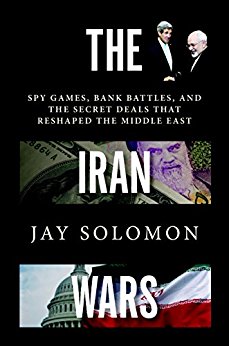 In the latest episode of the Professional Military Education podcast, I interviewed Wall Street Journal reporter Jay Solomon to discuss his book The Iran Wars: Spy Games, Bank Battles, and the Secret Deals that Reshaped the Middle East. I really enjoyed reading this book, and learned a lot about the history of Iran-U.S. relations since the Iranian Revolution of 1979. Mr. Solomon does a great job covering the conflict and the events that led to the nuclear deal that was completed in July 2015. In the interview, we discuss “irregular” forms of warfare that have been used to include cyberwar, economic sanctions, and proxy battles. We cover recent events in the Middle East and explore Iran’s role in Syria and their strategic objectives in the Middle East. The interview also looks at North Korea’s nuclear program as we talk about the differences and similarities between Iran and North Korea. The conversation is extremely informative. In two hours, Jay and I cover a lot of ground. Check out the interview and share with friends and family if you find it useful. Also, check out the notes and resources below. Enjoy!

Another great book is David Crist’s The Twilight War: The Secret History of America’s Thirty-Year Conflict with Iran

Be sure to follow Mr. Solomon on Twitter @wsjsolomon and check out the book:
The Iran Wars: Spy Games, Bank Battles, and the Secret Deals That Reshaped the Middle East