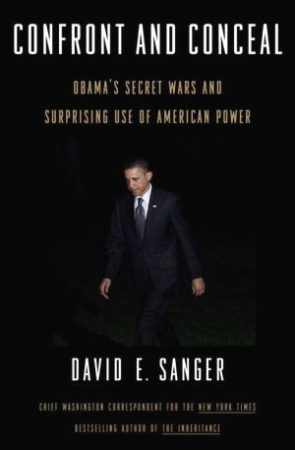 I can still remember the exact moment when I heard the news that American Special Forces killed the world’s most notorious terrorist leader in a raid that took place deep inside Pakistan. It was a Sunday night, and I was sitting in a barracks room in Quantico, Virginia. I remember word spreading rapidly around base as President Obama prepared to make the announcement that Osama bin Laden had been killed by an elite team of Navy SEALs. I received a phone call from my family at the exact moment that I was turning on my computer to read the breaking news. After President Obama’s address to the nation calling the killing of Bin Laden “the most significant achievement to date in our nation’s effort to defeat al Qaeda,” I felt an overwhelming sense of elation and relief. The events of 9/11 had been a turning point in my life in which I vowed to serve my country in the armed services. Finally, the man that US intelligence had pursued for years had met swift and deadly justice. In the weeks that followed, I read and learned more about the details of the raid on the Abbottabad compound, which is located a mile from the Pakistan Military Academy. However, it wasn’t until I read David Sanger’s book, “Confront and Conceal”, that I truly grasped the strategic scope and vast complexities of President Obama’s decision to send US Special Forces to conduct an early morning raid on May 2, 2011.

In his book “Confront and Conceal: Obama’s Secret Wars and Surprising Use of American Power”, David Sanger, the chief Washington correspondent for the New York Times, has written a detailed and fast-moving account of President Obama’s first term foreign policy. As I read this book nearly five years after its original publication date (2012), it is interesting to see how many of the challenges, successes, and failures of Obama’s first term have developed over the subsequent years. We now know that the killing of Osama bin Laden and the treasure trove of data taken from the raid has not brought an end to al-Qaeda nor did it prevent the spread of another equally nihilistic, radical terror group in the form of the so-called Islamic State. But, it is interesting to read Sanger’s account of the Obama administration’s handling of events in Iran, Egypt, Libya, and Syria, along with the desire to get out of the Middle East and focus on “pivoting” US strategy toward the Pacific.

Sanger is an exceptional journalist, and there is nothing about his book that seeks to either overly praise the Obama administration or sharply criticize it. President Obama comes across as a competent commander-in-chief, who is carefully analytic and at times aggressive. However, as the events of the Arab Spring show, he was also selective in his use of American force and his appetite for risk in different crises. We can only speculate what an intervention against Syria and the use of force against Bashar al-Assad might have done to stop the catastrophic bloodshed and the refugee crisis that ensued. While these historic counterfactuals are merely speculative, Sanger points out that the decision to avoid Syrian intervention as opposed to what happened in Libya was simply a matter of cost and strategic calculation. An intervention in Syria would have been too expensive and would have most likely sucked the US into another Middle Eastern quagmire. Meanwhile, any action against Syria would have been vetoed by Russia and China in a UN security council resolution. Indeed, Syria houses a Russian naval base, and Vladimir Putin’s contribution of Russian military assistance has turned the direction of the Syrian civil war in favor of the Assad government. Nonetheless, it is refreshing to read a book that analyzes the spectrum of issues to include second and third order effects of decisions and indecisions that the Obama administration made without the typical polemics that one finds on either the Obama-hating right or the Obama can do-no wrong left. For people who appreciate straightforward foreign policy analysis, this book is as good as it gets.

There are some parts of the book that pack a strong punch. The chapter entitled “Olympic Games” by itself makes the book worth purchasing. I have read WSJ reporter Jay Solomon’s book, “The Iran Wars”, because I am fascinated by the sanctions, cyber weapons, and assassinations that were used by the US and Israel to halt Iran’s nuclear ambitions. “The Iran Wars” delves deep into the specifics of the financial war against Iran. However, David Sanger’s book examines the use of cyber weapons, and explores the covert program called “Olympic Games” with fascinating details. Sanger provides the Obama administration’s rationale to use cyber weapons based on fears that a war between Israel and Iran was imminent if Iran’s nuclear development continued. Several years after the deployment of the Stuxnet malware, the US and Iran struck a nuclear deal. Thus, one can appreciate the extent to which the diplomatic landscape changed in a few years after the assassination of Iranian scientists, the breakdown of centrifuges, and the use of economic sanctions. After all the Middle East seemed on the brink of an impending conflict between Iran and its neighbors. However, while the 2015 nuclear agreement led to a reprieve in tensions, it has not stopped the present-day escalation of conflict between Iran and the Gulf States notably Saudi Arabia in the form of a proxy war in Yemen. Furthermore, the Iranian incursion into Iraq could set the stage for a land route from Iran directly to Syria and Lebanon both of which are on Israel’s border.

As one reads “Confront and Conceal”, the narrative flows in a sequential manner based on the myriad of strategic choices that were made in Obama’s formative first four years. It begins with the desire of the administration to shift from war in Iraq to what President Obama believed should have been the focus of effort in Afghanistan. Thus, Sanger gets into the details of a troop escalation that ultimately brought the total number of American troops in Afghanistan to roughly 100,000. Additionally, under Obama, the “war on terror” was replaced by the explicit objective of defeating al-Qaeda. Sanger has a very balanced analysis of how the Obama administration danced around the legality of drone strikes and the escalation of drone attacks within Pakistan, a sovereign, nuclear power, who consistently argued that American drones killed its civilian population. From Iran, Afghanistan, and Pakistan, it seemed like the Middle East could not have become any more complex. But, when a young Tunisian man committed an act of self-immolation as an act protest against the Tunisian government, events seemed to rapidly spiral into what is now called the “Arab Spring.” The Arab Spring saw the US depose another dictator in Muammar Gaddafi, the long-time Libyan strongman, who met his end trying to evade air strikes and rebel forces in a drainage pipe on October 20, 2011. Meanwhile in Egypt, Sanger describes the tensions that developed as internal pressures mounted against Hosni Mubarak. The US eventually broke with Mubarak, and Sanger recounts the decision that culminated in a phone conversation that President Obama had in which he told the former Egyptian President in unequivocal terms that it was time to step down.

The last part of “Confront and Conceal” deals with a rising China and the enduring threat posed by North Korea. Several years later, US and North Korean tensions have not abated. The same problems that the Obama administration faced are now on the plate of President Trump and his National Security Council. However, the situation with China seems neutral if not improved. One must give President Obama credit for the “pivot” to the Pacific to focus on the threat of a rising Chinese military power. Perhaps I am personally biased as I was directly involved in executing this strategy as I deployed to Darwin, Australia in 2015. While the pivot to the Pacific did not halt China’s economic and military development, it did reinforce the strong relationship that the US had with traditional allies in the region, and assured them that the US was committed to protecting international norms and maritime security. To this end, China may have balked in the face of America’s bold return to the region. At least for now. Sanger describes that at a minimum, US strategic commitment to the region galvanized a segment of Chinese internal politics, which sought to check the militant nationalism of its military establishment. Sanger articulates this point with an enlightening anecdote in which during a January 2011 visit to Beijing, Defense Secretary Bob Gates discovers that a Chinese military show of force with J-20 Stealth Fighter jets was meant as message to Chinese President Hu Jintao rather than himself.

“Confront and Conceal” remains an important book as we survey the landscape of foreign policy in 2017. At the time of publication, it would have been difficult to predict that parts of Syria and Iraq would be overrun by a terrorist group or that Russia would annex Crimea or that a reality television star, whose political career was born in the tasteless lie of the birther movement, would become President of the United States, but that is how things have played out. “Confront and Conceal” does foster a nostalgia for President Obama’s finer qualities as commander-in-chief namely his attention to detail, thorough analysis, and boldness for risk. At the same time, one can see in his desire to steer the US out of conflicts in the Middle East, the foundation for failures and inaction that would cause the region to simmer in the chaos we see today. Nevertheless, Sanger’s book is insightful and well-written. It will inevitably allow people to look at this short period in American foreign policy history and ask themselves “what if” for many years to come.