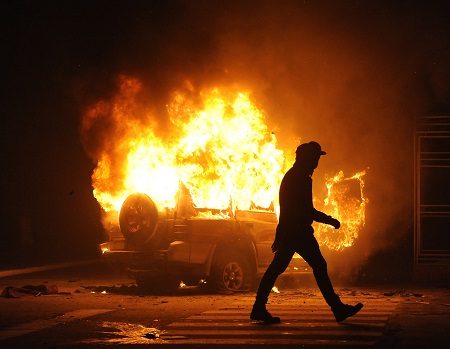 There are a significant amount of potential world conflicts. The U.S. confronts major strategic challenges in North Korea, Russia, China, and Iran. Additionally, the U.S. continues to support military operations against ISIS in Iraq and Syria. As a result, smaller conflicts fall beneath the headlines. But, it is important not to lose focus on them. Here is a brief overview of some world conflicts with analysis.

Violent protests continue across Venezuela. Government forces battle against protestors with tear gas, rubber bullets, and water canons. On the other side, anti-government protestors fight back with Molotov cocktails and rocks. The country is fraught with economic and political challenges, and the government under President Nicolas Maduro edges closer to dictatorship. Maduro, who succeeded Venezuelan strongman Hugo Chaves in 2013, seeks to re-write the constitution on July 30 through a national constituent assembly. Fear grips Venezuelan democratic proponents that the assembly is a power grab to dissolve democracy and concentrate political power under the president.

A Country in Chaos

Venezuela’s economy is in shambles. Inflation soars while basic goods and services such as food and medicine are unavailable. Attacks are carried out against opposition lawmakers by armed bands of “colectivos.” These groups operate like paramilitary organizations targeting protestors and lawmakers.

Furthermore, there have been reports of defections within the Venezuelan police. Recently, a helicopter attack occurred in June against the Venezuela Supreme Court. Since that attack, a police officer named Oscar Perez has claimed responsibility and vowed to carry out more attacks.

The situation in Venezuela remains grim. Violence seems likely to continue in the run up to July 30. Depending on the outcome, the country could fall deeper into turmoil. From a military perspective, a full-scale insurgency could occur. In such a scenario, an opposition group such as the one Oscar Perez claims to represent would need to recruit and mobilize forces. They would likely employ guerilla-style tactics at first, and seek to evolve toward conventional military operations. From the lens of warfighting, the goal of the militant opposition would be to develop a well-organized rebel force. However, this is not easy. Additionally, the Venezuelan military would deploy in force against such a group as they have against anti-government protestors.

Asia: Battle in the Philippines

Conflict in the Philippines represents the evolving strategy of ISIS. As mentioned in previous posts, ISIS like al-Qaeda seeks to take advantage of areas of the world that are unstable and majority Muslim. In areas where the government has little control, ISIS sees an opening. In this case, the militants have formed a “coalition” under the banner of ISIS. Mindinao has long been a pocket of Islamic extremism.

In Marawi like Mosul, the battle has turned into a siege. It is difficult for the military to remove the ISIS militants from urban terrain once they have gained a foothold there. Over time, the Philippine military should be able to win the battle for Marawi. But, it will take time. Additionally, high casualties and massive refugee flows will continue in the fierce fighting.

Al-Shabaab is a Islamic based militant group in East Africa. The group, which has pledged allegiance to al-Qaeda, operates principally in Somalia where lack of a strong central government allows them to operate unimpeded in many areas of the country. However, this paradigm could shift soon. February 2017 saw the election of President Mohamed Abdullahi “Farmajo” Mohamed. He was elected on the campaign promise to eradicate al-Shabaab and other terrorist groups.

The U.S. has stepped up military operations in Somalia. In May, a U.S. Navy Seal was killed in Somalia. This was the first death of a U.S. troop since 1993 when the Black Hawk Down incident occurred in Mogadishu.

President Mohamed declared war on al-Shabaab in April. In doing so, he also issued a 60 day amnesty period to militants. But, the amnesty has now expired. Meanwhile, the U.S. continues to pledge support to the Somali government in the fight against al-Shabaab and other extremists.

Somalia’s war and U.S. support could reshape the country significantly. Somalia has been the classic example of a “failed state,” but only in the sense that the central government itself is ineffective. However, there are cities such as Mogadishu that have local economies, public services, and a functioning government.

The political scientist Charles Tilly famously assessed, “The state makes war and war makes the state.” In observing Somalia’s war against al-Shabaab, it will be interesting to analyze to what extent this statement is accurate.

In reference to the Charles Tilly quote, Israel is a modern example of a state that has grown strong through war. Since 1948, it has been at war many times. At the moment, it is not formally at war. But, recent events at the al-Aqsa Mosque could lead to intensified military operations.

In 2014, Israel launched Operation Protective Edge in Gaza after three Israeli teenagers were kidnapped and murdered. Thousands of people died in the conflict.

On July 14, 2017, three Israeli security guards were shot at the al-Aqsa Mosque in East Jerusalem. Two of them died. In response, Israeli security employed metal detectors under the justification of persistent security threats. The metal detectors caused an uproar of protests among Palestinians. They took to the streets on July 21 after Friday prayers. Israel responded forcefully to the protests.

Furthermore, on the same day of the protests, a Palestinian stabbed to death three Israelis at a settlement in the West Bank. Events at the al-Aqsa Mosque appeared to have inspired the killer, who was shot and killed by an Israeli soldier. The IDF raided his home on Saturday, July 22.

The events in East Jerusalem have echoes of 2014. Israel may respond more aggressively to these attacks and others. Israel’s response typically provokes more Palestinian attacks. As a result, tensions escalate, and the cycle of violence continues.